Son: But I prefer pounding something.

Merchant: You oaf, it isn’t about what you prefer. Son, you think only of yourself. You’ll have to leave then. I won’t have it.

Son: So I have to give up my life because I’m related to you? I’m not your life anymore. Never was, really.

Son: Me too, then I’d have been born far from you. Most fathers would be happy enough with a son in this trade.

Merchant: What? Covered in soot, bent over, serving?

Son: You serve others’ whims. Your fine wares seem prettier, but my skill would shape the lives of others, make their horses swifter, their strokes more deadly and deflect the blows of foes. I like the heft of the tools. I like the balance needed to bring the weight of the tools to bear. The rhythm adds strength to the material and to me.

Merchant: Women won’t want to be around that noise and filth. Without a family, you are a dead end.

Son: According to you, I’m a dead end already, so no loss. And not all women are so.

Merchant: What, you mean that girl called Rose the Nose? Who smells of goat? Don’t make me laugh.

Son: Nobody calls her Rose the Nose.

Son: Well not since the wolf. And really not for a long time before that if you valued your noggin… She only needed one stone for that wolf. Because she didn’t want for practice. There was probably a bump on someone’s head for most every time she was called the Nose. And I hardly ever see anyone around with bumps anymore. And she’s never lost a single goat to anything.

Merchant: Eh, you can tell she sticks close to them when you get downwind.

Son: It’s not goat she smells of. She smells of earth and meadow, an honest smell - you can tell where she’s been. She calms horses too. I’ve seen her remove a pebble from a hoof. Like as not, she could shoe one better than most tradesmen.

Merchant: I doubt she’ll be help with customers. You have to know how to flatter and persuade.

Son: Calming goats isn’t that easy. If you can do that, you can treat anyone right.

Son: Maybe. Look, some folk like silk and mead. I don’t need comfort. I need movement, a story. I look at a fire and see power building, shifting, flowing. When metal meets fire, I become part of the story. I put words to that meeting with my hammer, pound out excess. I shape the metal as it shifts states, and I burnish the result.

Merchant: All very nice, but customers?

Son: Customers are just the story of when a use meets a tool. A freed tool finds its use. 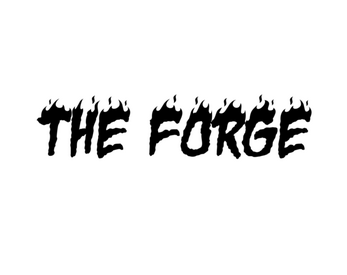