You, Jackson dell’Inkwynt, eye the printer and whack it patiently. You need to print out the blood and vessel network and the brain’s wiring for the surgi-bot to restore the connections and memories. This body shell was in your ship’s freezer since parwhelp, but the amino acid cocktail to jumpstart it has been quite difficult to concoct. Your next important mission is locked in this brain. The body was originally on an exploratory vessel which returned on homing-pilot, devoid of crew save for the body frozen in the long-term transport bay.

Attention was first drawn to the ship by the overgrown jungle on board which was emitting high-frequency pulsations. It turned out that the bark of the trees covered up sheets of frickonium, a much-needed energy resource fast becoming scarce in your galaxy.

At that point, an emergency transmission received two years prior from the exploratory vessel began to make sense. After the crew had been destroyed in a heated skirmish, the star ship’s Commander Lefton sent an encoded transmission in which he explained that, due to the sensitive nature of his discoveries, he was programming the onboard surgeon to remove and destroy his own neural connections in a somewhat experimental procedure. His blood would also be drained and disassociated by the bot. Commander Lefton furthermore sent instructions on how to find his elusive twin as the key to restoring his own frozen body. Lefton and his twin brother shared their species’ same rare blood type and the same secret childhood trauma from the Oceanic Raids. If they could access his twin’s amygedalic network with its primal-fear memories and then copy his blood, they could bring Commander Lefton and his memory structures back and use him to locate the new galaxy he had discovered, presumably full of frickonium.

Lefton’s was a pretty decent plan. No hostile entities had bothered an inert captain transporting exotic jungle plants. If anyone had tried to revive him, his sensitive knowledge would have remained unassailable. Filling him with run-of-the-mill blood would have rendered him intolerably bland company, completely unacceptable for space exploration. The lack of amygedalic network would have made him fearless, but in more of a “why not drink rocket fuel?” sort of way. He would have been a dangerous liability to anyone abducting him.

After you manage to print the biomaterial and the surgi-bot nano-injects it all into the commander, Lefton bolts upright with a look of terror. Slowly calming down, he says, “Amazing. You actually found my brother. I thought for sure I was a goner.”

After some debriefing on the situation, Lefton continues with information on the mission. “The clincher is the quantum spinner we must pass through and the intricate system of inverted planets to be navigated after that. The quantum spinner adds torque to each atom. Those who pass through find their atoms unfortunately separated into two camps. To counteract that, collect enough anti-matter on your trip there. Skim antimatter from the borders of the quasars in the Fecta Quadrant without being sucked into the black holes. Harness the difference in charge to negate the splitting effect and harvest the power to sling us into the galaxy. Each planet there has geography and life forms which are inverted with respect to ours. We must find the life form that doesn’t match the inversion. Offer to return it to its home planet, and this unlocks the next planet for us. Unlocking the third planet achieves free passage for locating the groves of frickonium. With this significant source of frickonium, further galaxies are within our reach. 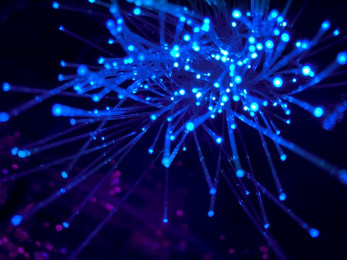